Self-surgery is rare, but numerous cases of self-mutilation are reported in the literature (eg, castration, enucleation of an eye, and amputation of a limb). [1] We have found no previous reports in the literature of a patient who has performed self-surgery to remove fracture fixation implants.

A 27-year-old male university student presented to the emergency department at Flinders Medical Centre with a complaint of being unable to remove the last screw from his fibula. Five years prior, he had sustained a fracture of his right ankle while celebrating the end of exams. He was intoxicated at the time. He required an open reduction and internal fixation of his right distal fibular fracture. A one-third tubular plate and 6 cortical screws were used for fixation. He had complained of pain and discomfort in the preceding few months over his lateral malleolus, particularly when wearing shoes. He was seen in Orthopaedic outpatients and his name was placed on the waiting list for elective removal of the plate and screws.

The events that preceded the presentation to emergency were as follows: the patient had been experiencing pain and discomfort in his ankle, as described above. He decided that he could no longer tolerate this and that the plate and screws needed to be removed. A pocketknife, a pair of surgical scissors, an Allen key, and a household needle with cotton (Figure 1) were placed into boiling water to sterilize the instruments. It was then approximately 2 AM. A disposable razor was used to shave the lateral aspect of his ankle and proximally over the previous incision. The patient then had 5 "shots" of an alcoholic beverage "as an anaesthetic." In the shower recess with the water running, he made a 15-cm incision, through the old incision, with his pocketknife. He dissected down to the plate and proceeded to identify and remove the screws using the postoperative x-ray as reference. He successfully removed 5 screws (Figure 2). However, the plate was embedded in bone and 1 of the screws was inaccessible, so removal was not possible (Figures 3A and 3B). Realizing that any further attempt was futile, he closed the wound with a continuous "cross-hatched stitch" using the preboiled needle and thread (Figure 4).

His mother had been awakened by his movement through the house and had been attempting to ascertain what was happening through a locked bathroom door. When the bathroom door was finally opened, she was horrified to discover what had occurred. She was able to convince her son to present to the emergency department.

On mental status examination, he was a well-groomed man dressed appropriately in clean, casual clothes. He became verbally aggressive when confronted about his reasons for the attempted removal but otherwise behaved appropriately. He had a normal affect and there was no evidence to suggest perceptual abnormalities. His conversation was appropriate with no obvious thought disorder. Rapport was superficially established. Insight into the unusualness of operating on oneself was not present. On psychiatric evaluation, there was no evidence of any eating disorder. The Minnesota Multiphasic Personality Inventory score did not reveal any organic or personality disorder.

The patient was taken to the theater and had the wound opened and debrided, and the remaining screw and plate were removed. There was no damage to tendons, major nerves, or vessels.
--------- 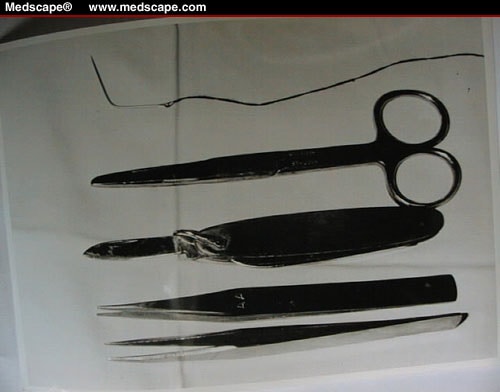 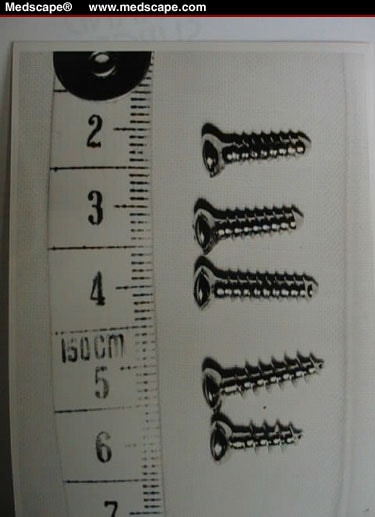 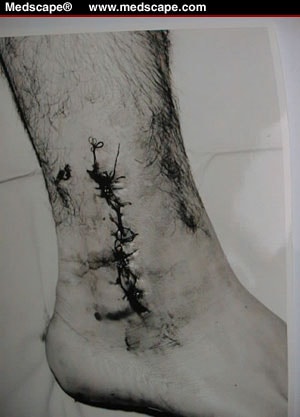 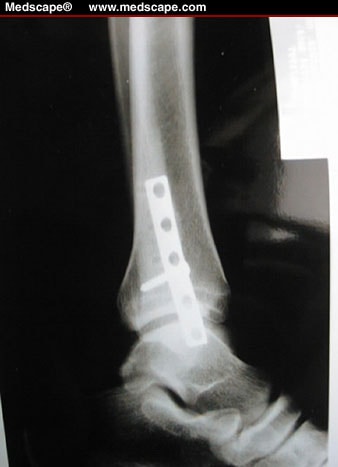 It would be interesting to know wut he studies.. just to have a better look @ our prognosis.

what a SUPER brave boy

Reminds me of House, season seven episode 20 when he removed tumors from his leg

.
the strangest C.C I ever heard